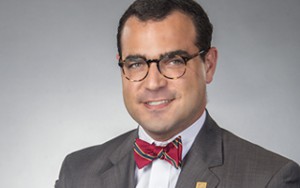 The tax reform bill introduced by congressional Republicans as the Tax Cuts and Jobs Act of 2017 (the “Act”) was signed into law by President Donald Trump on December 22, 2017.  Versions of what would become the Act passed through Congress on a mostly party-line vote with only 51 Senators voting in favor of the legislation.  This rewrite of the Internal Revenue Code has been projected to boost GDP, wages, and job growth[1] at the expense of the federal deficit.[2]  The Act reduced tax rates for individuals and businesses, changed the landscape of individual deductions and credits, granted a new deduction for owners of pass-through entities, reduced the alternative minimum tax for individuals and eliminated it for corporations, limited the application of the estate tax by increasing the exemption for estate and gift taxes, and repealed the individual mandate of the Affordable Care Act.  This newsletter will provide an overview of the changes under the Act, broken into three parts: estate taxation, individual taxation, and business taxation.

Estate and Gift Taxation under the Act: Increased Exemption and Portability

Beginning in 2018, the basic exemption amount for estate and gift tax purposes of $5,000,000 is doubled to $10,000,000 and is indexed annually to account for inflation. The Act changed the formula that the Internal Revenue Service uses for indexing. The Service has not yet released its computation of the indexed exemption; however, it is likely to be $11,180,000 or a combined $22,360,000 for a married couple (it is applicable to decedents dying and gifts made after December 31, 2017). This amount is reduced by the amount of any lifetime gifts that exceed the annual exclusion. Similarly, an exemption of the same amount is available for transfers involving the generation skipping transfer tax (generally applicable to transfers involving grandchildren or more remote descendants).  There were no changes to the estate, gift or GST rates. Thus, transfers in excess of the exemption remain subject to a maximum tax rate of 40%.

In the absence of re-authorization, the increased exemption will sunset on December 31, 2025 resulting in a return to the $5,000,000 exemption that is indexed annually for inflation.

Appreciated assets continue to receive a new basis at death that often reduces capital gains that would otherwise be due when inherited property is sold. This does not apply to tax-deferred retirement plans, as distributions from those are treated as ordinary income. There had been much discussion about eliminating the basis adjustment at death in favor of a carryover basis regime, under which recipients of inherited property would take the decedent’s basis in the property. However, the Act did not affect the existing basis adjustment rules. Taken together, the increased exemption and continuation of “stepped-up” basis means that a married couple can leave $22,360,000 in assets at death free of any estate tax or capital gains tax.

What You Should Do Now

The increased exemption provided in the Act is a very significant development. However, the impact on your particular situation and what steps you should or should not take must be reviewed with your tax professional.

Elimination or Reduction of Itemized Deductions

The increase in the standard deduction comes paired with the elimination of most itemized deductions.  We will review some of the noteworthy changes.  First, the Act eliminates the deduction for alimony starting in 2019.  Therefore, any marital settlement agreement entered into after December 31, 2018, or a previously executed settlement agreement that is amended after December 31, 2018, that expressly provides for the new tax rules will be subject to the elimination of this deduction.

There has also been a change to charitable deductions.  A taxpayer can now deduct up to 60% of their adjusted gross income (“AGI”) for cash contributions to public charities and certain public foundations.  This change is set to sunset in 2026 and the deduction amount will return to 50% of AGI.

The state and local tax deduction has been substantially scaled back.  The law limits the amount of state and local property, income, and sales tax that can be deducted to $10,000.00.  Previously, payment of taxes was fully deductible, but this new change will sunset in 2026.  In a similar reduction, the law caps the home mortgage indebtedness deduction on new home purchases.  The new law allows for the deduction of home purchase indebtedness of $750,000.00 down from the previous $1,000,000.00.  Finally, there no longer is a deduction allowable for interest on home equity indebtedness.

Finally, there has been a repeal of the insurance mandate under the Affordable Care Act.  Previously, individuals were required to purchase a qualifying health insurance plan or pay a penalty.  Under the Act, starting in 2019, the penalty will be reduced to zero.

Although the effect to individual taxpayers based on this law will be based on each individual’s situation, we do see some general winners and losers.  Because of the higher standard deduction and the reduction of the state and local income tax deduction, wage earners from no-income-tax states will see tax savings under this law.  Conversely, wage earners from income tax states will see a tax increase with this law.  As with any new legislation, we would suggest you contact your tax professional to determine any tax advantages that can be obtained from this Act.

Primer on Business Entities and Terminology

The Act made significant changes to the taxation of business entities, including a large reduction in the top corporate tax rate and a new deduction for individuals receiving qualified business income from a pass-through entity.  If you operate a business there are four main entity classifications for tax purposes: a C corporation, an S corporation, a disregarded entity (such as a sole proprietorship that reports income on the owner’s individual tax return), and a partnership.  The term “corporation” as used in this newsletter shall only mean a C corporation which is subject to double taxation: income is first taxed at the business level and then is taxed again upon being distributed to the shareholders (i.e. dividends).  The term pass-through entity means a business that generally does not pay tax at the entity level but is instead taxed at the individual owner level, such as an S corporation, partnership, or a disregarded entity.  A detailed discussion of entity taxation is beyond the scope of this newsletter but a basic understanding of corporations and pass-through entities is key to understanding the changes affecting businesses in the Act.

Changes for all Businesses: Early Expensing

Corporations and pass-through entities will be able to deduct the full cost of acquiring depreciable property in the year it is acquired.  This 100% deduction replaces the 50% “bonus” first-year depreciation effective before the Act.  Property eligible for “bonus” depreciation previously included most new tangible property and now also includes used property but does not include real property and certain improvements to buildings.  The 100% deduction is only available if the property is acquired and placed in service after September 27, 2017 and before January 1, 2023 and will be phased-out by 20% per year from 2023 until 2027 when this early expensing deduction no longer applies.

Corporations were the big winners under the Act.   Most notably, the top corporate tax rate was permanently reduced from 35% to 21%.  The Act also repealed the alternative minimum tax for corporations.  This drastic change makes corporations much more appealing for tax purposes even in light of the changes to pass-through entities discussed below.

Starting January 1, 2018 and slated to “sunset” in 2026, owners of pass-through entities may be eligible for a 20% deduction under a new Section 199A, subject to many limitations.  Section 199A was added as a new deduction for owners of pass-through entities which generate “qualified business income” and also allows a 20% deduction for qualified REIT dividends and qualified publicly traded partnership income.

[1] Scott A. Hodge, Statement on Final Passage of the Tax Cuts and Jobs Act (Dec. 20, 2017), The Tax Foundation, https://taxfoundation.org/statement-final-passage-tax-cuts-jobs-act/

This newsletter is for general information and education purposes only.
It is not offered as legal advice or legal opinion.
To the extent this message contains tax advice, the U.S. Treasury Department requires us to inform you that any advice in this letter is not intended or written by our firm to be used, and cannot be used by any taxpayer, for the purpose of avoiding any penalties that may be imposed under the Internal Revenue Code. Advice from our firm relating to Federal tax matters may not be used in promoting, marketing or recommending any entity, investment plan or arrangement to any taxpayer.